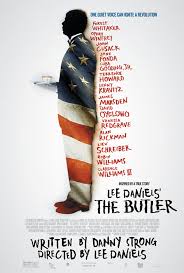 I can count the number of movies I see in the movie theater a year on one hand however, I’ve anxiously awaited seeing Lee Daniels’ The Butler since I heard about the movie last fall. I’m so happy the studio decided to move the release day up to August from it’s original October 2013 release date.

My OWN Ambassadors/OWNers sister friend, Phoebe Moncrief and I made plans to see Lee Daniels’ The Butler at midnight on August 16th in attempt to be early box office supporters. To my surprise we were able to attend a 9 PM showing at the AMC theater at Phipps Plaza. 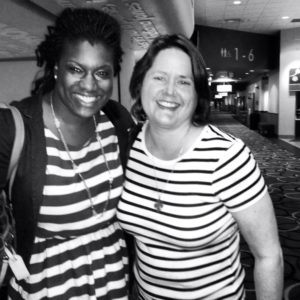 Lee Daniels’ The Butler is loosely based on the life of Eugene Allen. He served 8 presidential administrators as a butler in the White House and was married to the lovely Helene Allen. You can read more about Eugene Allen in this Washington Post article, entitled “A Butler Served by this Election.” 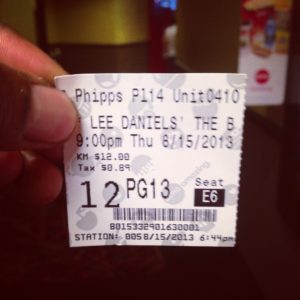 I  LOVED the movie! I think the writer, director and cast did an excellent job of covering black history in the United States of America post the Emancipation Proclamation. The movie also does a wonderful job of showing what life is like for a black family in America during the 20’s, 50’s, 60’s, 70’s and why President Obama’s election was so profound for so many members of the black community in America.

I adored the “village” references e.g., Uncle Carter, the dialogue exchange about recipes and the leave for college scene (it reminded me of the days leading up to me attending American University). More importantly, I had an epiphany or what some may call an AHA Moment at the end of the movie. There’s a song that Helen Baylor sings called “Praying Grandmother,” in which she explains how her “praying grandmother” was able to help deliver her form drug addiction via her prayers.

Lee Daniels’ The Butler reminded me that I stand, walk and live the DREAMS that my ancestors dreamed. Albeit a little different than what they probably dreamed and imagined I AM HERE because they dared to DREAM. One of my modern day role models, Oprah Winfrey, says “dream your biggest dream and watch God make it bigger.”  Lee Daniels’ The Butler reminded me that I am a the bigger version of the dreams my forefathers and fore-mothers dreamed and to them for having the courage and gumption to dream I say THANK YOU!

I want to encourage you to check out Lee Daniels’ The Butler this weekend or in the coming weeks, it won’t disappoint! Additionally, my OWN Ambassadors and OWNers friends are hosting a tweet chat on the movie Monday, August 19th at 8 PM EST, #LeeDanielsTheButler. Join us if you can!